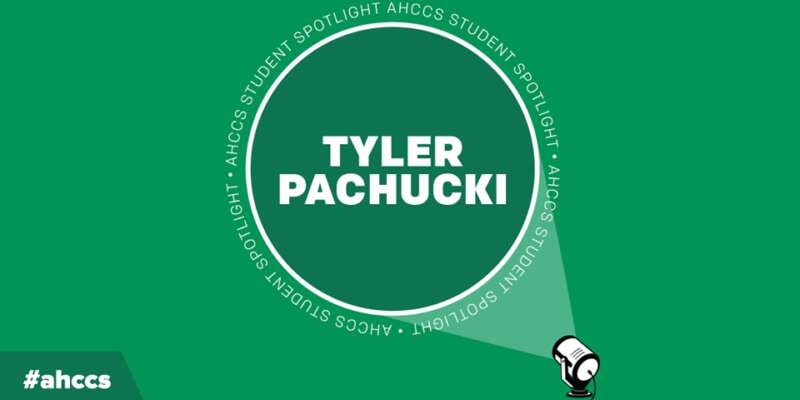 Most adults would agree that if they could do whatever they wanted, they would pursue a passion and try to turn it into a profession. But how many of us can say we made this happen all before graduating high school? That is exactly what 11th grader, Tyler Pachucki, did when he was invited by a professional video gaming organization called Ghost Gaming to join their team.

“They called him on his birthday to tell him that they wanted to work with him,” Tyler’s mother, Maria, says. “He was crying because he was so happy, what a birthday present!”

Tyler is now paid to play a video game called Fortnite on a team of about 14-15 other players. Since Ghost Gaming is broken up into teams based on each game they sponsor, Tyler is considered a professional gamer for Fortnite. He was recruited specifically for this game and while there is room to grow and switch to other games once you reach professional status, Tyler doesn’t think he’ll ever want to leave his team.

“I just love the game, I put so much time and effort into it,” Tyler says. “A scout for Ghost Gaming found me after he saw me play in a Fortnite league through StepOne, where my teammates and I got into the top league we could get into while playing there.”

Tyler’s success was not found overnight. While he’s always loved to play video games and athletic sports, he was not always as hardworking and motivated in the classroom. After not finding success in two other schools, his mom decided online school was best for him.

“Before I came to Achievement House, I was fighting a lot in school and not getting my work done,” Tyler says. “AHCCS helped me get my priorities straight by not making school so stressful. They’ve helped me a lot because they actually take the time to explain things and they all want the same thing for me.”

Tyler had to work hard to get where he is today by signing up for online gaming tournaments where money wagers are put down for a certain amount in hopes of winning it all. Since he is now part of a professional team, he had the chance to attend a convention called TwitchCon from October 26-28th in San Jose, California with all expenses paid.

“The whole convention was so exciting, my favorite part was meeting my teammates as well as my competitors face to face,” Tyler says. “Watching everyone play together and seeing the land competitive side of gaming was cool.”

There was a Fortnite tournament portion of the convention that was broken up into heats. Tyler and his teammates got to play in the tournament when they weren’t previewing new games and system products. Tyler explains that Ghost Gaming was consistently up on the leader board, a board showing the top ranked players in the tournament, but not without obstacles.

“My controller actually stopped working while I was playing due to a software malfunction and even though they tried to fix it multiple times, it resulted in me not qualifying,” Tyler says. “My goal was to make it as far as I could in the tournament and have the most fun possible though, so this was a learning experience.”

Tyler’s dedication and positive attitude when adversity is thrown his way allows him to continue in his journey towards success. When asked what advice he would give other kids who may be interested in following the same professional path as him, Tyler had some inspiring words.

“Keep your mind on your goal and don’t care what other people say about it. Keep grinding because I can honestly say now that hard work always pays off.”

Congratulations, Tyler, everyone here at AHCCS is so proud of you and can’t wait to see what the future holds for you!